I believe that designing a quilt is part intentional, part accidental. I need to play with fabric and see what it does before I can decide if it will work.

My oldest son reminded me that it had been a while since I made him a quilt, and he was right. It had been a while. I don’t use patterns very often any more, but to get inspiration I searched through several quilting magazines and online for ideas. I found one that I thought he would like. I even began cutting out the fabric. I needed 144 – 2.5″ by 10″ strips and I reached 85 when I had to leave to attend a Ricky Tims symposium, called Luminarium. It was a 2-day event in Burlington, VT.

The two days just flew by as Ricky taught and entertained us. I learned about his designs and one, the Convergence Quilt caught my eye. I thought my son would like it, but he wanted a bed-sized quilt and this wasn’t close to a bed size. I came home, ready to get back to cutting strips and then thought, what the heck. I’ll try making the convergence quilt and see how it turns out.

I did *not* like the result. It wasn’t a matter of it didn’t turn out as I had hoped, I just didn’t like it. I questioned my fabric choices, which I rarely do, and I didn’t think the pattern flowed. 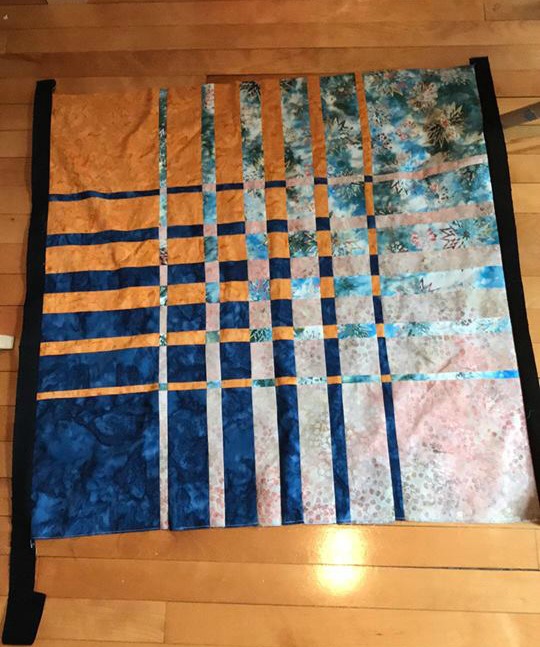 I added a small black border. Still didn’t like it I couldn’t see how it would look better. 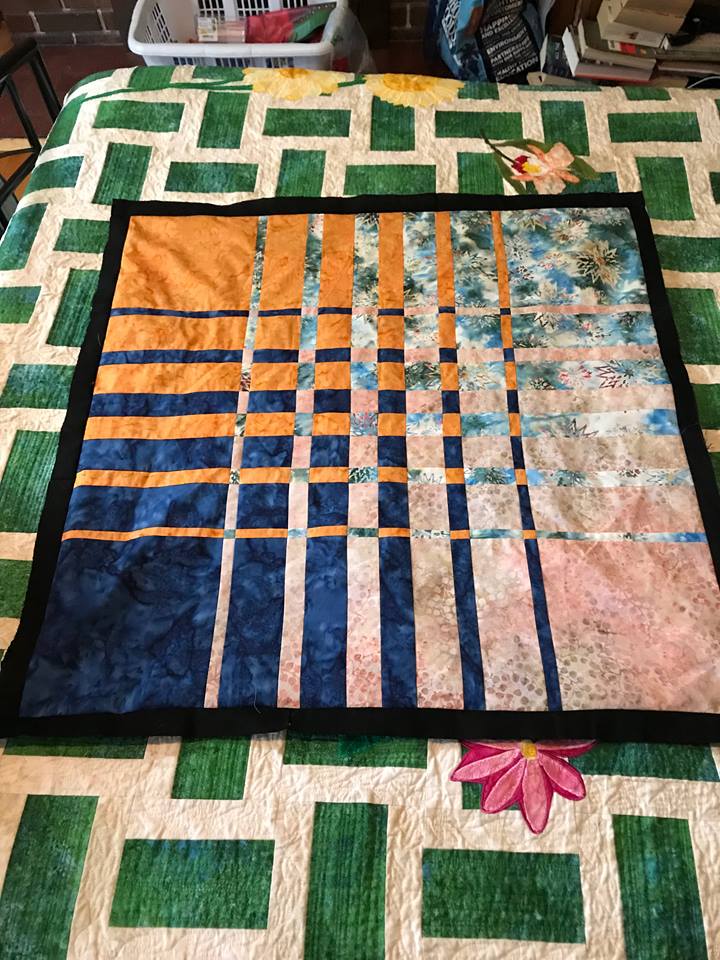 I was ready to scrap it and return to the previous idea for my son’s quilt, but I showed the square to a couple of friends, who said that my son might like it. I showed it to him. He did. Ok, it was time to add some borders. I don’t generally like to add borders to smaller quilts because I find that unless you do it right, it just looks like you’ve added fabric to enlarge the quilt. So it was a challenge.

I added one border and thought, hmmm, this quilt actually looks nice: 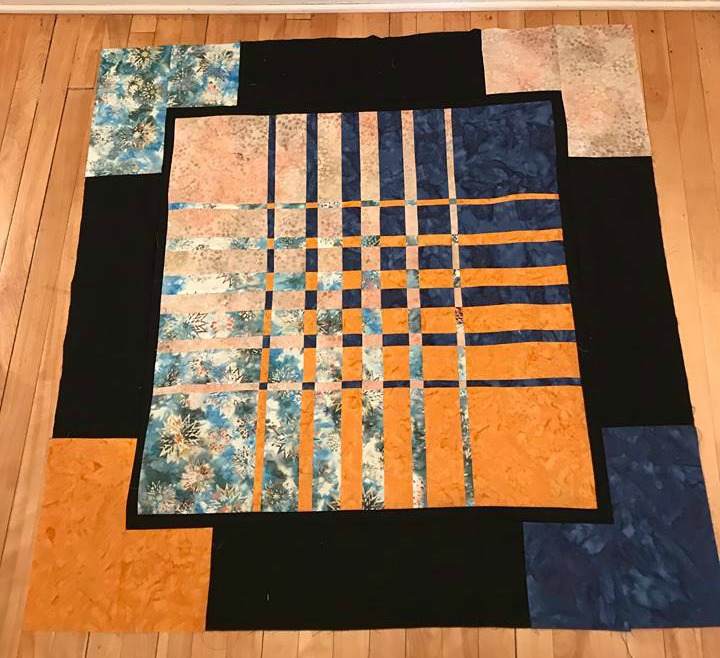 And then I finished adding the borders because now I’m all in. And I love the result. I still have to quilt it and I already think I know how I am going to do it. 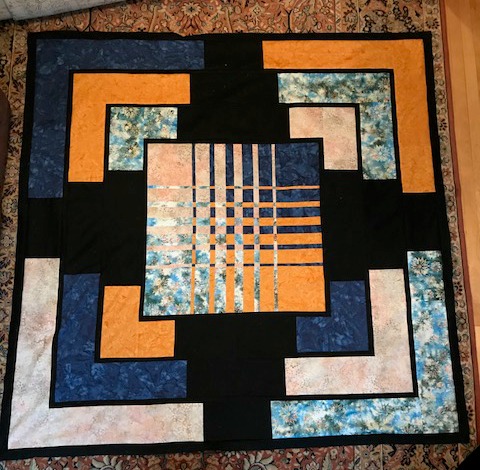 So the moral of this story is, don’t judge before you finish the project. You need to see the whole picture because just a part of it isn’t going to tell you the whole story.

Stay tuned. I’ll post a photo when the quilting is done.

If you want to see a few of my favorite quilts, click here.

Here are some examples of the many documents a freelancer can write, edit, or proofread for you: